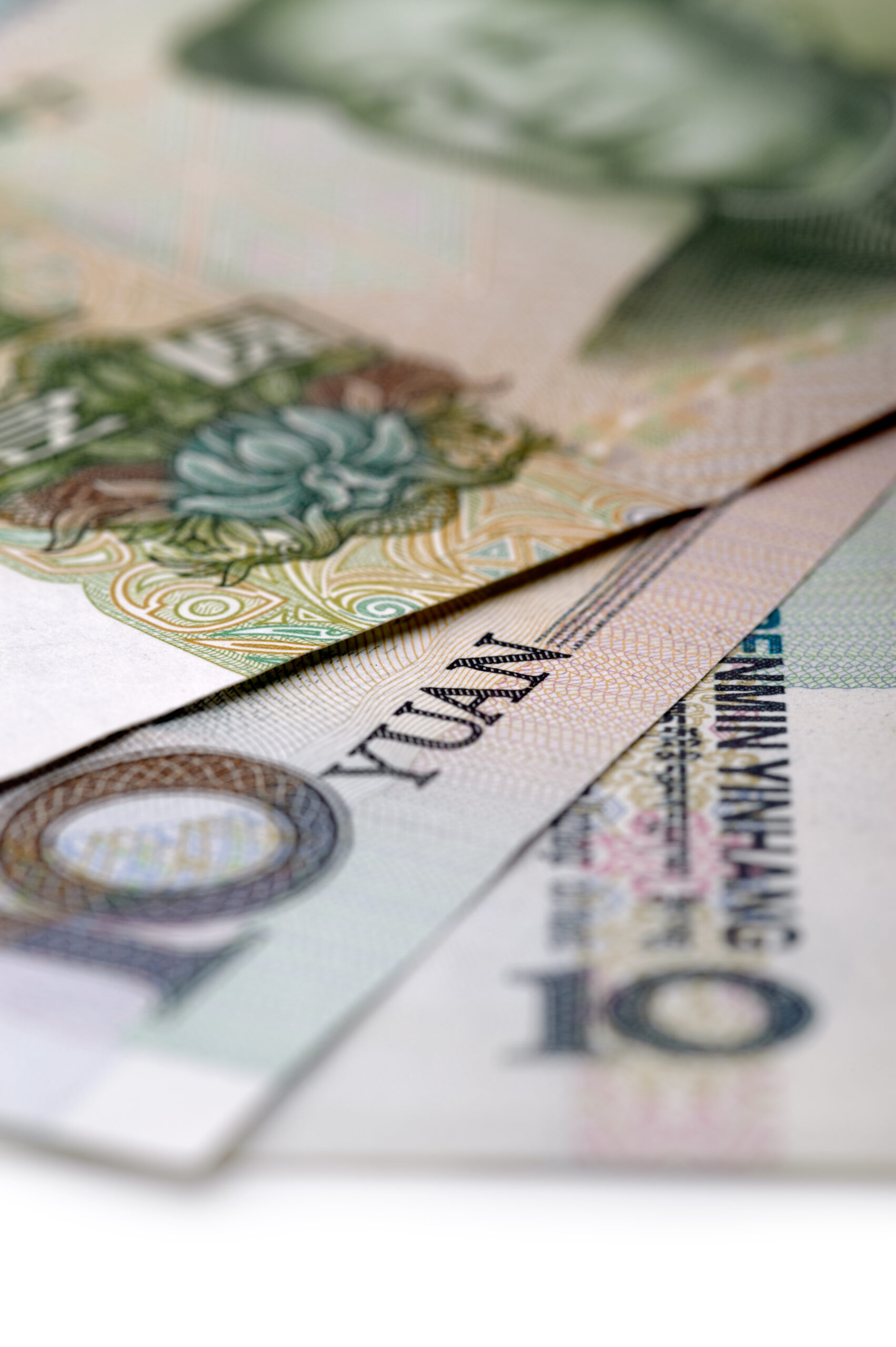 Chapter 75: For You Guys, I am Willing to Broadcast till the End of Time

The staff members within the store were busy entertaining some customers when in came a couple of people. The man was dressed in average clothes, as for the woman, although her looks were commendable, her figure defied polite compliments.

Seeing this strange pair, a few of the less busy staff members exchanged looks, but none came forward. In the end, a new, less experienced staff member hurried over to entertain them.

“May I know what sort of cosmetics you are looking for? We have skincare, moisturising products and even traditional Chinese prescriptions.”

Ma Cuihua smiled, “We are here to look at perfumes.”

The newcomer was taken aback. Cocoa perfumes were one of their leading products and therefore much more expensive than anything they had in the store. In fact, a single bottle of general range perfume was worth an entire set of cosmetics set from the general range.

She studied them again. Neither looked rich, especially the man. His clothes were too ordinary.

“Miss, you are sure that you wish to purchase perfume?”

Ma Cuihua countered her question with, “Are we not allowed?”

The staff member quickly shook her head, “No, no, please, come with me.”

She led Ye Fei and Ma Cuihua to the perfume counter, “The perfumes here are divided into general, middle and high-end ranges. Which range would you like to look at?”

Ma Cuihua thought for a moment. In the end, she did not reach for the middle or high-end range. She picked one of the bottles from the general range, uncapped it and took a sniff. She said with some satisfaction, “How much is this one?”

The staff member said, “Miss, the bottle in your hand is Cocoa No.3, our company’s newest product. In fact, we are having a sale now. With 20% discount, this bottle only cost 15,000 yuan per bottle.”

Ma Cuihua turned to Ye Fei, “What do you think?”

In fact, Ye Fei nearly ran away when the figure was given. F*ck me, ah. A single bottle of perfume cost 15,000?! Is it f*cking gold water or something? The bottle is barely bigger than my thumb, surely this is too expensive?!

If he spends over 15,000 on perfume for Ma Cuihua, he would really walk out of this place a pauper.

However, when he saw that Ma Cuihua appeared to sincerely like this bottle of perfume, Ye Fei forced a smile and said, “If you like it, then buy it.”

“Of… course, I don’t have a habit of making girls pay for things.”

Although Ye Fei’s flesh hurt, he was not a stingy person. Moreover, he also knew that Ma Cuihua was interested in him. Back when he was poor, she could have kicked him out any time when he defaulted on the rent. However, though she often came to bug him about collecting rent money, she had never really forced him to pay. Sure, he was threatened in all manner of ways, but it was all harmless verbal threats in the end.

Right now Ma Cuihua was about to go abroad and all she wanted was a bottle of perfume. Sure, it was expensive, but she had picked a bottle from the general range and she probably wanted it more as a remembrance of some sort. Therefore, he had to buy it for her no matter what.

He considered the money in his account and decided that he had enough to get this bottle of perfume.

Just as he was about to say something, his phone chirped. It was a notification sound.

Ye Fei frowned. Just what kind of notification is this? Some kind of call charges?

Feeling a little uneasy, Ye Fei took out his phone and tapped on the notification bell icon. At this time, he was still half wondering whether it was a spam when his hand shook and he nearly dropped his phone.

He thought: F*ck, wait, over HX¥357,000 just entered my account? Just what the hell is going on? Is this some kind of mistake?

Upon further checking, he found that it was a standard notification message from his bank. Aside from the amount, there was no other information on why the amount was paid to him or even from where.

Ye Fei was still staring at his phone, lost in thought when it suddenly rang. The caller ID showed ‘Feng Tianlai’.

When Ye Fei connected the call [1], the first thing he heard was Feng Tianlai’s laughter. It was clear that this guy was feeling very happy.

“Deity Ye, where are you? Why did you not broadcast today?”

Ye Fei flashed a glance at Ma Cuihua, then made a gesture for the staff to wait for him and walked out of Cocoa Cosmetics to take the call.

“Brother Feng, I have some urgent matter to attend to today. Also, just the day before I already gave you the three conditions from my side. I clearly did not promise to broadcast all 30 days a month.” Ye Fei thought that this Feng Tianlai must be calling to try and guilt him into broadcasting and decided to make things clear.

Feng Tianlai laughed again, “Deity Ye, if you’re busy, of course, you must attend to your business. There’s no need to worry about anything on our end. That’s right, have you received the money? I had the finance department send you the money immediately. Over 357,000 yuan.”

Wait, what? Wait, I didn’t even visit my channel, ah. So where did the money come from?

“Brother Feng, is there some mistake? I did not broadcast today. This money is…”

Feng Tianlai, “Deity Ye, it’s true that you did not broadcast. However, that doesn’t mean that there are no fans in your channel, ah.”

“Fans? There are fans in my channel? Just what is going on?” Ye Fei was really confused now.

Feng Tianlai really had to salute this Great Deity, ah. For your sake, your fans have pushed you all the way to the sky, but you still have no idea what’s going on? As expected of a Great Deity, ah. This matter is really outside the norm.

After a long time, Ye Fei finally recovered. He was still in shock, but he was more moved than shocked now.

He had no idea that his fans would treat him so generously. To shower him with over 300k worth of reward even in his absence…

Since you guys waited for me, let me repay you for your loyalty!

Thus, he said, “En, I understand. Thank you, Brother Feng. Let’s have tea together when we’re free. That’s right, could you please help me send out a message? In one hour, I shall broadcast!”

Ye Fei repeated his statement, “Help me send out a message through the platform notification board. Ye Fei will broadcast in one hour!”

On the other end of the phone, Feng Tianlai’s hand trembled.

“Deity Ye, th-th-this… start a broadcast? That will be a little after 4pm, most people are still working, it’s possible that not many people will be watching, ah.”

Ye Fei smiled, “Who says there aren’t many people? Aren’t there lots of brothers and sisters in my channel? For their sake, I, Ye Fei, shall broadcast!”

Feng Tianlai had nothing to say against that, he finally answered with, “En, I understand. I shall make the arrangements.”

With that, he hung up the phone.

Ye Fei clutched his phone. He stared at the string of numbers and sighed with feeling, “Since you have chosen to stand on my side, I shall repay this loyalty. You have granted me a cup of kindness and I, Ye Fei, shall return this kindness with a wellspring of gratitude. Brothers, let us meet in an hour.”

After this heartfelt little speech, Ye Fei returned to the Cocoa Cosmetic shop.

Now that he has money on his card, more than 300,000 in total, Ye Fei’s waist straightened. This time, instead of getting the general range perfume, he bought Ma Cuihua a bottle of New Edition Cocoa Cosmetics Perfume from the middle range group costing over 30,000 yuan.

Ma Cuihua had not expected Ye Fei to get her such an expensive bottle of perfume and was very delighted.

The two of them left the shop. Ye Fei said, “I’m afraid I can’t hang out with you anymore, I have things to do.”

Ye Fei stood at the window, watching Ma Cuihua’s car leaving Yijing Garden with an indescribable feeling in his heart.

Now that parting has come, who knows when we shall meet again?

Indeed, he had no idea whether he will ever see Ma Cuihua again. However, Ye Fei did not think too much of it. He knew that Ma Cuihua could now chase after her dreams and would live a much happier life for it. Therefore, there was no reason to worry about her.

Thus, after calming himself down, he opened his laptop and spoke to the DCB System in his head. “I want to start broadcasting.”

DCB System, “If the Host wishes to start broadcasting, please turn on the laptop, enter the channel and start your video.”

Ye Fei did not question the System and did as it said. He turned on his laptop and entered his own channel.

However, when he saw the number of people in his channel, his heart shook.

He had no idea that even without him around there would be so many people waiting for him. These guys are really iron fans, ah.

For you guys, I am willing to broadcast till the end of time!

With that, Ye Fei turned on his webcam.

[Gumihou: It always amazes me how this author casually tops each chapter’s superlative achievements] [1] Some small adjustments to improve the text