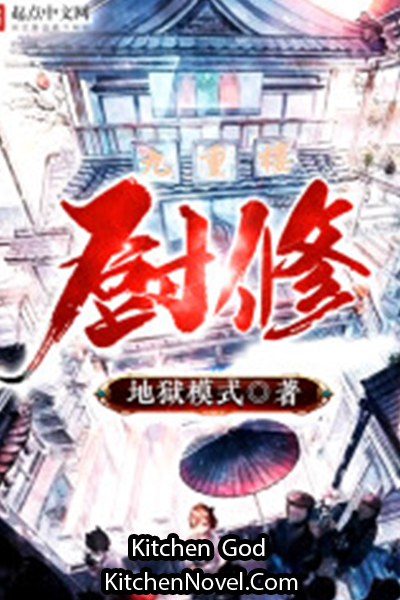 “Accordingly to our sources, Luo Xiu was fishing for King Salmon when a whirlpool suddenly appears in the ocean. It was believed that his boat was sucked into the whirlpool.”

“The English government has already dispatched a team of rescuers to try to rescue Luo Xiu.”

Meanwhile, in the Country of Fine Cuisine, the state of Li Chou, Hai Lin Province, in Snow Moon City, the fierce and violent sounds of waves crashing repeatedly against the rocks could be heard.

A teenager who was lying on the beach near the seaside suddenly woke up in surprise.

As he sat up to get his bearings, some color slowly returned to his otherwise pale face. As the tide rise and the chilly sea water wetted him, his face appeared to look dismayed.

Luo Xiu put his hands on his head. He was feeling very dizzy and confused. “Urgh… The last thing I recall was that I was in the Bermudas, fishing for King Salmon. What the hell had happened?”

In the next second, Luo Xiu was stunned.

He just discovered that his coarse clothes resemble the clothes that ancient Chinese people use to wear. Like those in the drama movies about the past that often appeared on television. As well, his hands…. They were white and extremely beautiful, like the hands of a rich man who was born with a silver spoon in their mouths, instead of the coarse hands of a chef.

“Where are the wounds and callus on my hands? They somehow seemed to have magically disappeared.”

“No, this is incorrect. This is not me!”

Luo Xiu ignored the pain wreaking his body as he pushed deeper into the sea until the waters were knee high.

Looking at the reflections on the sea water, he could dimly make out his current appearance.

As Luo Xiu was deep in his thoughts, suddenly a flood of memories poured into his brain like a flash of light. Luo Xiu was dazed by the sudden outpour of information and temporarily stopped moving as his brain struggled to process all the incoming information.

After a period of time, Luo Xiu has finally processed all these sudden memories.

“It is not …. sent back in time. Rather, my soul has been transferred to another body!”

“And this world is called Country of Fine Cuisine!”

Luo Xiu finds it very weird and amusing. As a chef, the realization of this irony was not lost on him. “Country of Fine Cuisine? Cooking?”

As he recalled the memories of cooking from the body that he has come to inherit, he discovered something very amazing.

“Chefs are the most respected vocation in this world, without exceptions?”

The more Luo Xiu learned about this world, the more motivated and emotionally charged he became.

This world seemed to be filled with strange and exciting things!

Luo Xiu closed his eyes and he combed through his memories for information related to this world’s cuisine. As a world-class chef, he was excited and curious about this Country of Fine Cuisine. He could not wait to learn more about this world.

After a short while, he finally let out a sigh, but his face instead was lit up with happiness.

This world seemed to be custom-made for him!

Unlimited strange ingredients that only appears in dreams!

For example, beans that are as big as human heads?

Jade colored wheat, and chickens so big that they are half as tall as human beings?

In this world, these are just the most common ingredients.

Luo Xiu was plumped up and full of drive. For a chef, these ingredients are life!

“Chefs may also Xiu Zhen. The food that chefs had cooked is highly prized after and many Xiu Zhen practisers are only assistants to chefs!”

“And all these are combined by the chef!”

“As a cultivation chef, if you can cook dishes that glow, you are king!”

The more Luo Xiu thinks about this, the more excited he became. Because…. Er, these are not important.

The most important thing is that from his memories of the food that glows, and the food that can make people’s clothes exploded, all these food are rubbish, and he looked down on these dishes!

If you used high-quality ingredients and just anyhow cook it, it will glow.

Barbequing the meat of powerful beasts and eating them will strengthen the body, and this meat is highly prized and sought after in this world.

The most surprising thing is, almost all of these dishes lack spices!

Luo Xiu really cannot help but feel like he wants to vomit.

No salt. No sour taste. No wine!

This is simply the biggest insult to all these wonderful ingredients.

This is a primitive society in all sense of the world.

This is really intolerable! It is a colossal waste of heavenly ingredients. This is like having a gold mine and not knowing how to value or use it!”

Luo Xiu felt unbearable pain in his heart at all of these wasted ingredients.

These fine vegetable ingredients are just boiled with some water and are ready to eat?

These fine meat ingredients that are harvested from the powerful beasts are just roasted and eaten?

Do you even know how to cook?

Luo Xiu was at a loss for words to describe the insufferable pain in his heart.

It is such a waste!

Is there anything in the world that make a chef more disheartened, more dismayed than to find out that fine ingredients were just …. wasted and not properly cooked?

“This cannot be tolerated! I must save this world! I will use my skills to tell the inhabitants of this world that these fine ingredients are not to be used and wasted like these!”

Such a tender and soft bean, if used to make bean curds, how wonderful would that bee?

And if you use the meat from the powerful beasts, and cook a “Buddha jumps over the wall” [2], will an image of the Buddha appears?

Luo Xiu seemed to exude a feeling that he was going to conquer the world. This is a type of confidence. As a world-class chef, he was undaunted by the challenge.  He was self assured that he can achieve this.

“Since I am here, I will spread the fine taste of Chinese cuisine all over the Country of Fine Cuisine!”

As he finished speaking, he suddenly recalled what has happened recently.

“Eh? Not good! My sister seemed to be in danger, and my shop….. was about to be taken away by others?”

“Why am I here by the sea? Oh, I see, it is because of these people…. They want to kill me… so that they can easily take over my Nine Gates Restaurant!”

Nine Gates Restaurant is the restaurant that is owned by Luo Xiu.

From that moment onwards, the restaurant’s business and rating plummeted sharply. What used to be a high ranked restaurant has now become a commoners’ restaurant.

Restaurants in the city must have at least one certified chef to remain operational. In a few days’ time, is the five-year deadline to renew chef’s certificate. If a chef fails to be certified, the restaurant may be forced to close down or will be downgraded to a lower grade restaurant.

Nine Gates restaurant has already be downgraded to the lowest possible grade for a restaurant to remain operational. If this time he could be certified as a Chef, the restaurant will have to close down.

Due to the esteem that chefs enjoyed, there are a lot of restaurants in the Country of Fine Cuisine.

As a result, competitions among the various restaurants are very fierce and cutthroat.

Luo Xiu is not willing to let go of his own restaurant and transfer the ownership of his restaurant to a competitor. His competitor then retorted to nefarious means and threw him into the sea, living him to die. They had hoped that his corpse will be lost in the sea.

Their plot would have succeeded…. If not for the fact that Luo Xiu, who was trying to catch wild King Salmon in the Bermudas and sucked into a whirlpool, has ‘accidentally’ been transferred into this body and brought this body to ‘life’.

“Now I know what had occurred. I should thank these guys. If not for them, I would have lost my life, and would not have a chance to come to this Country of Fine Cuisine. “

Luo Xiu’s face suddenly turn cold as he sneered, “Since I am now alive, none of you will escape my wrath!”

“Isn’t this about a cooking competition? If it is able martial arts skills or anything else, I may be afraid of you, but when it comes to cooking and food, I believe that even if I used only one hand, I can conquer this world by myself!”

Luo Xiu has a wealth of experience as a world cooking gourmet master, 3 Michelin starred Chef, having perfected his art over decades, and winning numerous glamorous awards for fine cuisine. Although he specialized in Chinese Cuisine, he had learned about other Cuisines from around the world, including French, Japanese, Western food and was able to incorporate the finest practices from these cuisines into his food. Therefore, he was extremely confident.

He was about to make his way home, but as he turned around and saw the unending sea, his mouth suddenly curled into a smile as he grinned, “Really….. I am truly blessed! Whatever I wanted, I already have!”

Seawater is all I need to make sea salt!

This novel is translated by Admin from prosperousfood dot com.