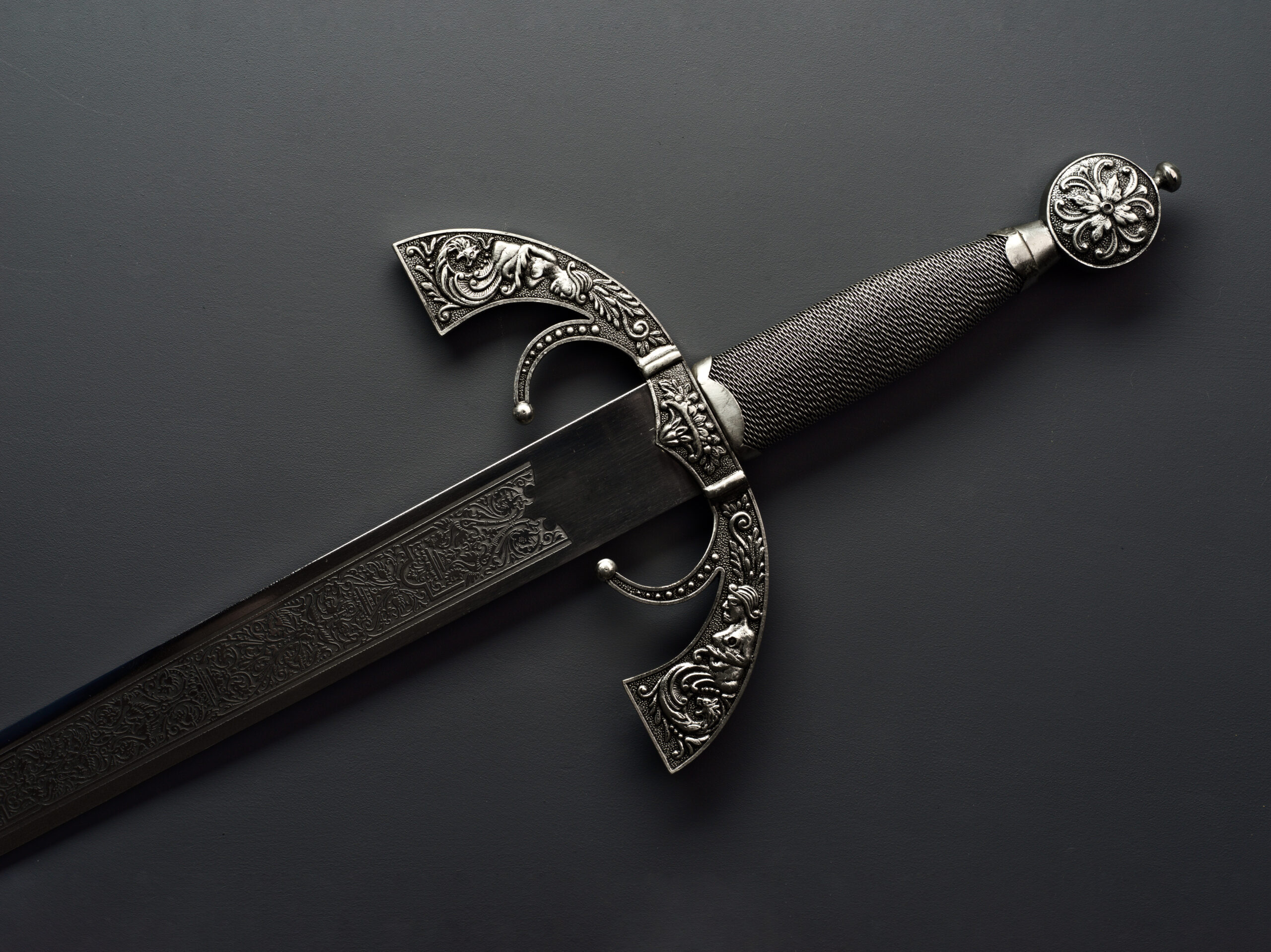 old metal sword on gray board

Edited by Gumihou and Pill Bug

Also, the Count of Odelle.

Well, I am in a bit of a fix. The Duke of Beigrates, whom I have a good relationship with, had offered to buy Tooru from us. I doubted my ears at first but it seems like the young lady liked Tooru so much that she had asked the Duke to buy him from us.

However, such an offer should be declined immediately, of course. To make sure that the other party knows that we are serious about not wanting to make a deal.

[2] Personally, I thought it was just a formal application to buy just so that the Duke could show his daughter a letter of rejection but… a few days later, [3] I received yet another request. This time, the Duke of Beigrates wanted to come and speak with me in person.

Of course, I will decline.

Makia had taken a great liking to Tooru, and they went everywhere together.

[2] Unlike those little girls with whom she had to behave so fakely, Makia was much more genuine around Tooru. Makia would be the most troubled if Tooru is to go away. It would make her very sad.

Even so, it goes to show that I was right to bring the boy back. Tooru is now a proper young man. [3] While there are some busybodies saying all kinds of things about his background, I firmly believe he’s a great find.

Not only is he a fast learner, but he’s even more diligent than Makia. He sometimes plays chess with me but we have reached the point where I can’t beat him anymore.

His swordsmanship and riding skills are also great, and he’s becoming stronger by the day. He is no longer that skinny little boy I had first met, so long ago. He has undergone proper training and has now grown to become a very respectable-looking young man. Naturally, rumours about me bringing a strange young boy into the Delia Fields are plenty, especially those sneering at my ‘strange tastes’. However, those rumours eventually became just that, baseless rumours. That’s because this young man is just too excellent.

I am quite certain that with Makia and Tooru together, the future of the Odelle family is set for life. Delia Fields will become a much better place in their hands.

If possible, I want those two to get together. Of course, it all depends on them. However, I would be happy to hand over the family title to Tooru. Normally, in similar cases, the second son of some well-known family would be adopted to take the family name but I do believe that this is the best choice. I am quite prepared to deal with what other people might say about this too.

Therefore, just what is the Duke of Beigrates thinking by asking to [2] purchase my future son-in-law away?

I am sure he has never even seen Tooru before, was he being pestered by that daughter of his?

I called Tooru to my office. It turns out he had been practising with his sword with Makia ‘supervising’ him.

“I have something to speak to you about. To tell the truth, the Duke of Beigrates says he would like to hire you. Perhaps even purchase you from us.”

He seems disgusted by this. More importantly, he did not look at all surprised.

“You know about this?”

“Yes, well, I had been asked by the young lady to go to their side. I thought it was a joke at first and laughed while I declined it… I had not thought she was being serious.”

He sighs and lowers his head.

“I’m very sorry, my lord. I must have caused you trouble…”

“No, it’s not your fault… In fact, this is quite an opportunity for you. The Beigrates are a well-known family with deep connections with the royal family. They could give you opportunities and rewards that we, as a rural aristocrat, cannot offer. If you wish to go, I will not stop you… what do you think?”

To tell the truth, I am a bit nervous as I said this.

It is no exaggeration to say that I think of Tooru as my own cute son. If he suddenly says that he wants to leave, I will huddle in my bed and cry for a whole week.

Tooru spends some time thinking. [1] Suddenly, he gives me that same impish smile he had back when he was a little boy.

“I have no thoughts of advancing my career. The Beigrates family doesn’t have anything I’m looking for…”

“Ohh, what exactly are you looking for?”

I am pretending to be calm, but I am truly relieved when Tooru gave me this answer.

“What I’m looking for is… The same thing as Makia-sama is looking for. I want to go where Makia-sama goes, and that’s it. I’m sure that she thinks the same way… But now, I’m that girl’s… I mean, Makia-sama’s property.”

He manages to catch himself as he calls my daughter ‘that girl’ right in front of me. That is just so cute. Good, really good, [2] nicknames and casual terms of speaking are proof of friendship!!

“Is that so… if that’s the case, I shall prepare myself as well. I am not ready to let you go either, no matter what happens. Not that I had any intention from the start. I really don’t know what I’d do if you said you wish to leave.”

“Haha, I was a little scared since my lord looked so serious when you called me in. I thought I was about to be fired or something… Nevertheless, I am very grateful to my lord. After all, it is thanks to my lord who brought me here and…”

Oh my, I seem to have heard something quite rare.

I am a little surprised to see this expression on his face. He seems… a little shy and about to cry?

“Even so, Tooru. It’s quite tough to be so popular with the ladies, eh?”

“… Well, especially when they are all little girls…”

I ruffle his bangs as he turns his eyes away, feeling oddly daring as I mess up his hair.

He always did have this laid-back and grown-up attitude even back when I first met him. Still, he is a 14-year-old boy after all. [3] I must commend the me from four years ago.

Good job, me, for trusting my intuition and bringing this boy back. I’m sure, I’ll be even gladder for my decision back then.

[Gumihou: Haha, dad is so cute] [1] Filling in the ‘Unspoken’. Often, when it comes to Japanese novels, the translation might be a bit lacking since the author deliberately chooses to use fewer words and let the reader fill in the blanks through a preset cultural understanding.

If the missing info looks too sparse, Gumi will fill in some of the blanks. This is not to imply that the writer’s craft is lacking, but we do have a cultural gap. Gumi will try to fill in these gaps unobtrusively.

Volume 1 – 41 – Ulysses is Bewildered by the Scent of Honey