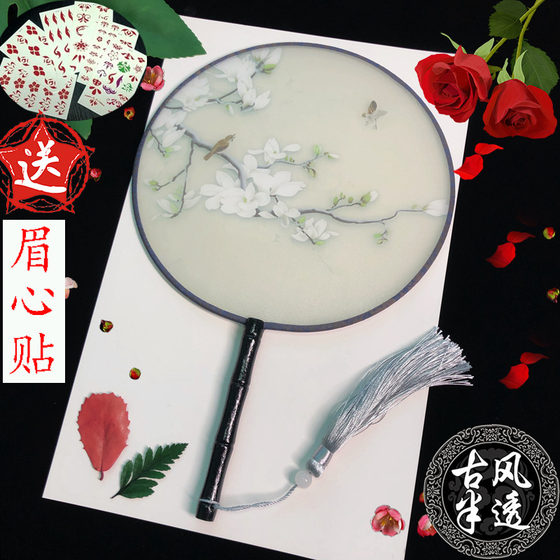 The way he spoke to Fu Qiuning was very casual. The woman before him remained dignified and calm, with none of the gentle, soul-stirring, seductive charms in either tone or words. Speaking to her was very comfortable.

Jin Fengju had already made up his mind to move Fu Qiuning into the Inner Court. Although he would respect her request to not move now, once the twins had settled down and the family was no longer affected by outside forces, he must move this family into his inner court.

Though he couldn’t divorce this wife, places like Night Breeze Pavilion could not be allowed to exist within the marquisate. Naturally, the most important reason for moving this family was for Fu Qiuning to bring her fresh and upright spirit into his strife and intrigue riddled harem. He wanted to show those jealous and scheme filled women what a truly upright and moral woman looked like. [1] Perhaps, with her as the shining example, the women in his inner court would model themselves after her and become virtuous mothers too.

Naturally, these were all Jin Fengju’s private thoughts. If Fu Qiuning had any idea of what was going on in his head, she would curse him and his antiquated feudal machismo ideas to hell. However, Jin Fengju was merely an example of the men of this era. The fact that he refused to add to his harem, visit the brothel or indulge himself in the charms of the pretty maids in the house already set him a cut above from the men of his time.

Seeing how Fu Qiuning had remained silent and refused to speak, Jin Fengju knew that she did not wish to attend the banquet. However, he feigned ignorance and smiled, “No need to worry, I shall have Jin Ming send over some fabrics and accessories. Seeing how you have harvested so many things, you must have a busy day ahead of you. I happen to have something to do at the government office in the afternoon. Therefore, I shall not stay for dinner.”

At this, he stood up and was about to leave when Fu Qiuning suddenly said, “Please wait, the children are still playing with your fan…”

He laughed, “It’s just a fan. Surely there’s no need to be anxious about it? Why? Are you annoyed with me? You don’t wish to see even a scrap of my belongings here?” he spread his hands to indicate helplessness and said. “What I said just now had nothing to do with me. Since the Old Madam asked, surely I had to answer?”

Fu Qiuning thought: Would it kill you to speak less? Obviously, you were the one who was being overly chatty with the old lady. So, you do know that I hate the sight of your things. Humph, very well, if you do not wish to take the fan away I shall tear it up and throw it away.

Naturally, these were all her private thoughts, not something that could be said out loud. However, her resentment could be seen in her reluctant movements. When they finally sent off Jin Fengju, she turned around before he even reached the courtyard gates.

Her seething reluctance was so obvious that even Jin Ming could see it. On the way back, he cautiously inquired, “Master, this servant noticed that the Madam looked a little unhappy. Has Master offended her just now?”

Jin Fengju smiled, “I told her to attend the Dragon Boat Festival Banquet. Because of this, she grew so annoyed at me that she refused to even send us to the door. Fortunately, I am smart enough to notice this and not stay for a meal. Otherwise, who knows what kind of vomit-inducing food they would serve me?” At this, he laughed out loud, amused and intrigued by his own wit.

Jin Ming thought: Just look at that ‘cat that caught the canary’ face. Master, I must admire you for your ability to annoy people. The way you laugh is truly heartless. No matter what, Master certainly appeared more engaged and interested compared to the times he visited Second Madam and the concubines.

Still studying Jin Fengju’s expression, he carefully said, “Master, this servant doesn’t understand. Instead of being happy, why is the Madam is annoyed with you? To be invited to attend the Dragon Boat Festival Banquet grants her a lot of face, ah. If Master had not said a lot of good things to Old Madam about her, surely such a good thing would never reach her door? No matter what, she should be grateful to you, right?”

Jin Fengju sneered, “That’s because you are short-sighted.” At this, he glanced backwards and saw nothing but a lush green garden and not a single person around. He sighed with relief and said in a low voice, “Fu’shi is an intelligent woman. More intelligent than I had expected. She is smart enough to refuse to involve herself in inner court battles. However, just because she refused to involve herself, how could I let it go? Right now, Feng’er and Jiao’er are still young. It’s rare for two good seedlings to emerge from such murky waters, and I am unwilling to ruin them through an overly luxurious life of mountain treasures and fresh seafood. But if I were to wait until they have grown up and cannot deny their connections with the marquisate to pull them into the inner court, they might have sneaked out of the courtyard and have flown off to goodness knows where, living a good life on their own.”

Jin Ming nodded agreeably. However, Jin Fengju did not appear to expect him to understand. With a smile on his face, he stepped forward leisurely and said to himself, “This Dragon Boat family banquet will likely be very exciting. Fu’shi, Fu Qiuning was it? Let me see if you can still maintain the [a] steadiness of a pine tree when facing down the eyes of a garden full of aristocrats.”

Let’s head over to Fu Qiuning’s side for now.

With a stomach filled with anger and nowhere to vent, she walked stiffly towards the kitchen. There, she encountered an oblivious Yu Jie, who smiled and asked, “Why didn’t I hear Madam ask this maid to serve tea? Will the Young Marquis stay for a meal again? Should we steam buns or rice-”

Fu Qiuning suddenly howled, “What rice or buns? If he dares to come again I shall serve him chicken shit!”

Yu Jie and Aunt Yu had been with this mistress for so many years, yet this was the first time they had ever seen her lose her temper like this. Both of them jumped back in surprise when Fu Qiuning started kicking and stamping her foot at some dry branches. When the branches had been kicked apart, she hissed, “That cursed plague bringer bastard that ought to die a painful death from a thousand cuts, who knows what nonsense he told that Old Ancestor about me. Wonderful, just wonderful, wanting me to attend this accursed Dragon Boat Festival Banquet thing with Feng’er and Jiao’er. Let me ask you, isn’t… isn’t he pushing me onto a grill?

Those few times, he came wanting to eat, drink, and sleep in my place. For the sake of making his stay comfortable, I spent at least one or two taels of silver and never asked him for anything back. All I wish for was a little less trouble, but look! Look what kind of thanks I get? If I had known, I’d be better off just throwing those silver taels into the pond. That way, I could at least have the satisfaction of hearing them plopping into the water…”

While she was busy huffing and puffing, complaining endlessly about this and that, Aunt Yu and Yu Jie exchanged glances with each other. Neither knew why their mistress was so angry. Finally, they carefully persuaded, “Madam, having the Old Madam wanting to see you is a good thing, ah. In the future, you will not fall out of favour-”

Fu Qiuning cut in, “Stuff it! Have all the things I’ve told you these past six years fallen on deaf ears? If I bring Feng’er and Jiao’er to this so-called family banquet, won’t we attract the eyes of all those vicious people? Do you think Jin Fengju’s relatives, wives and concubines will welcome us with open arms? As for the two of you, don’t think you can hide out here while the rest of us suffer. Am I not his official wife? Can an official wife appear without maids? When the time comes, you may witness with your own eyes and experience with your body just what ‘Climbing a Mountain of Knives and Diving Down a Boiling Pot’ means!”

With that, she rushed outside again.

Aunt Yu and Yu Jie looked at each other again, finally beginning to understand what Fu Qiuning was so anxious about. When the two tried to imagine the day of the banquet, cold sweat break out on their backs as they realised how Jin Fengju’s good intentions had gone bad.

These poor, simple-minded women still believed that Jin Fengju was really being kind to them and never thought that this ruthless and intelligent man had already planned out their lives for years to come.

[Gumihou: Curse you Jin Fengju. This is not okay.] [1] Some minor adjustments for clarity

[a] I’ve heard of “steady as an oak”, but I don’t think I’ve seen the idiom ‘steadiness of a pine tree’ before lol

If you love my translations, do consider dropping a comment at novelupdates!