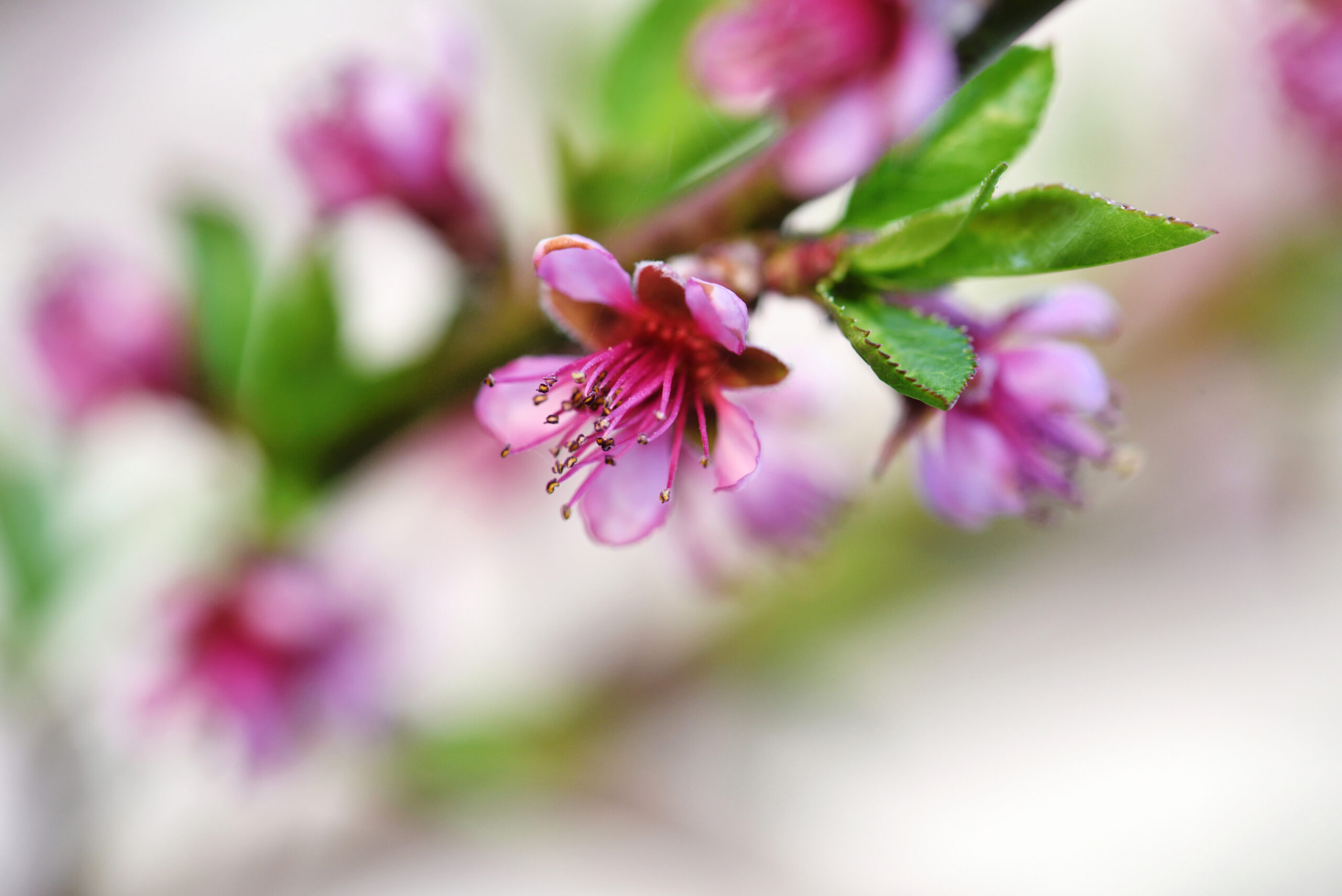 As Fu Qiuning explored the grounds with Yu Jie under the pretence of strolling through the garden, she said, “I have something to say to you. Make sure you remember this well. So long as we live in this residence, our only goal is to seek peace and nothing else. You have seen how the Young Marquis treats his children. From this alone, you can tell that he is a cold-hearted and ruthless person.

We shall consider ourselves lucky that he left us alive. Do not hold out hopes for anything else, especially thoughts of getting close to him. Let him forget we ever exist. I do not want to scare you but this is something you must know. The struggles of the imperial court have leaked over to this residence. Moreover, the struggles are no longer hidden in the shadows but are happening in the open as well.

You have not studied much, so I will make it easy for you to understand. We will close our doors and live our lives in seclusion. The fewer people remember us the better off we are. The Young Marquis has plenty of wives and concubines to occupy him. They should have no interest in bothering an abandoned wife like me. You know what I am saying?”

Yu Jie nodded. Privately, she studied Fu Qiuning. She had a feeling that ever since her mistress woke up from her near-death experience, she had become very different from before. She thought: They say that people who have a near-death experience would become so enlightened that it is as though they are reborn. Perhaps, after her brush with death, Madam really could see through everything. In any case, as long as Madam lets go of her worries, what is a little bitterness in life? It’s not as though I have never suffered before.

After her little speech, Fu Qiuning had pretty much seen most of the front yard. The yard was dominated by an expansive white flagstone pathway bordered by plum, apricot, peach and other flowering fruit trees. Off to the side was a flower garden filled with all kinds of exotic plants and bushes.

Right now, most of the branches looked like dead twigs. However, here and there, small buds have already formed and a few flowers have opened, releasing their sweet fragrance to the air. Fu Qiuning sighed happily, “I rarely leave my room and never pay attention to these things. From the smell alone I can tell that these aren’t ordinary plants and flowers. Some must be spices too. This is wonderful. We must tidy this place up and raise these flowers properly.”

Yu Jie agreed. Seeing Fu Qiuning’s smiling face, free of its usual melancholy and sadness, was like seeing a sickly little tree suddenly blooming with nourishment in sweet spring. Her mistress’ liveliness made her very happy. Together, maid and mistress made their way towards the backyard.

There, they saw a less showy garden. To the northeast, a few hundred trees formed an unexpected little forest within the courtyard. Fu Qiuning was delighted. She pointed at the forest excitedly and said, “How wonderful, when the summer rains come, we could even pick mushrooms there.”

She happily explored the other side of the little garden. However, aside from a dozen old plum trees, there was only an empty space. Perhaps it’s because no one knew what the space was for, the servants merely tilled the ground and did nothing else, leaving unsightly patches of overturned turf behind. However, upon closer inspection, one could see a few greens poking up here and there.

Fu Qiuning approached the new growth and laughed happily, “Look, there are wild vegetables here! These are all delicious things we could eat. In the future, we must find a way to plant corn and soybeans, we can supplement our diet with these lovely vegetables…”

Fu Qiuning turned to share this happy find with Yu Jie when she suddenly stopped speaking. The servant girl’s eyes were red and there were tears rolling down her cheeks. Before she could ask what was wrong, Yu Jie howled, “It’s all those cursed people’s fault! How could they throw my poor mistress into this desolate place and leave us so short of money that my poor mistress has to eat wild vegetables and plant our own food? H-how pitiful is my poor mistress, ah, ah, ah…”

Fu Qiuning could only laugh helplessly: What’s this misunderstanding? In the modern era, how many rich people rush to the countryside to secure a nice piece of land to experience the pleasures of farming? For the sake of escaping the hectic lifestyle of the modern world, they took pleasure in connecting with mother nature by growing their own food. Now that I have transmigrated into a world without computers, TV or the internet, I can only depend on this to pass the time. To think you’d actually shed tears over this rare luxury, what kind of misunderstanding is this, ah?

However, she did not bother to explain her sudden bout of laughter as she continued to make private plans for this free piece of land. On their way back to the house, they passed by a lovely cluster of budding apricot trees. Having no intention of emulating Dai Yu Cherishes Flowers [4] she ordered Yu Jie to break off a few branches to decorate the house with. They entered the living room and found that Changfeng and Changjiao had woken up and were waiting for her.

Fu Qiuning noticed Changjiao staring longingly at the branches of apricot flowers and passed a few to her with a laugh, “This house is rather simple, but we do have a few cheap vases around. Take some of these branches and place them in water. The flowers will bloom in three to five days. Their fragrance will be much nicer than those stinky incense and is much prettier to look at.”

When she saw them, Fu Qiuning got up from her chair and said, “Alright, even though this courtyard is remote and a little broken down, but as the saying goes ‘Though a Sparrow is Small, it Possesses All its Internal Organs’ [2]. Over there, we have a large study filled with lots of books. Come, let’s go and have a look.” She reached for Changfeng and Changjiao’s little hands and led them towards the study.

The brother and sister pair had been destined to a miserable life from the moment they were born. Ironically, it was Jin Fengju’s pettiness and contempt for that Xie woman that saved them. In order to humiliate surname Xie, he deliberately sent a beautiful widow, Aunt Yu, over to her side. If not for Aunt Yu, the two mewling babes would not have survived to this age. Back when they were completely helpless, Aunt Yu spent her meagre monthly salary on cow’s milk and goat’s milk for them. Later, once they were three or four months old, they were weaned on thin congee and sweet potato porridge. It was all thanks to Aunt Yu that they were here today.

It was difficult enough to try and survive under such a miserable life, how could they even imagine the luxury of studying? Even if they had wanted to… Oh, how they wanted to! Especially when they saw other children in the residence studying together, their little heads bobbing and weaving as they chanted words from the books. However, no matter how envious they might have been, they never even dared to imagine that one day, they could read books too. Therefore, when Fu Qiuning said that they would be going to the study, the shock was indescribable.

This study once belonged to the old marquis’ beloved concubine. After many years of neglect, even though there were no visible cobwebs, it was all very dusty. Fu Qiuning did not particularly enjoy reading. However, the days ahead stretched endlessly in these ancient times. With nothing else to occupy her days, she would have to depend on farming and these books to pass the time and stave off boredom.

Moreover, these two children needed to learn how to read too. With their status, no private teacher would entertain invitations to come and educate them. [6] She would have to be their primary educator. Luckily, although her knowledge of ancient Chinese writing was poor, original Fu Qiuning had generously left a flawless account of her memories to Fu Qiuning the second. With the memory of this scholarly lady to aid her, it was more than enough to educate these siblings.

Thus, looking upon this study with renewed importance, Fu Qiuning ordered Yu Jie to fetch a few basins of water and together with Aunt Yu, the ladies began the project of cleaning up this large study. Hundreds of books were taken down and carefully wiped clean of dust before they were returned to the shelves under a different category system.

Changfeng and Changjiao were still very young and not even as high as a stool on tiptoes, but they enthusiastically fetched rags for themselves and helped wipe down the legs of tables, chairs and benches. This pleased and saddened Fu Qiuning very much. These two children are just too sensible, ah.

Once again, she could not help but privately sneer: Jin Fengju, ah, Jin Fengju. To think you would actually abandon a pair of sensible children like this without hesitation. I wonder, just what kind of children would you choose to personally dote upon in the future.

[1] Daiyu Cherishes Flowers – the saying originates from the scene where Dai Yu buries flowers in A Dream of Red Chambers. Daiyu’s beauty is so great that she is often compared to flowers. Beautiful yet weak and fragile. After a devastating emotional blow, she buries the beautiful flowers, possibly as an act of burying herself (or the love she had for someone) just before she sings the ‘Song of Buried Flowers’. In the TV drama, it was especially tragic because the other girls were hanging wishes among flowers and praying for their future while she buried hers in the ground. It was an incredible juxtaposition.

Very tragic and dramatic, nothing at all like MC

[2] Though a Sparrow is Small, it Possesses All its Internal Organs – A thing might be small, but its contents are complete

If you love my translations, do consider dropping a comment at novelupdates!