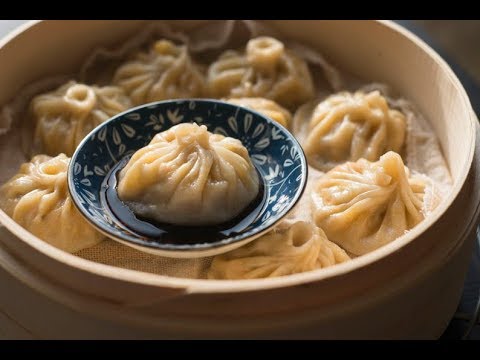 This has got to be one of the toughest chapters Gumihou has to edit. =.=

“You sure are good with the abacus. If Lin Fan agrees to this marriage, with his youth, he still has several years grow before you two could marry. In the meantime, you’ve bought time to increase your own power base. If he refuses, well, his name has already been dragged through mud and people seeking to ‘Fish in Troubled Waters [1]’ would come and make trouble for the Lin Clan in the name of clearing your name. All you have to do is keep putting out rumours that the two of you are still attached to divert trouble to him.

If Lin Fan survives the trials, you’ll have a powerful ‘beau’ on your side. If he dies, you are suddenly a grieving widow who could not bear the idea of marriage for many years. Either way, you bought time for yourself to grow stronger before the pressure to get married comes. Very good, your calculations are all very well done. You can squeeze every bit of use out of someone to your advantage, whether dead or alive. Where is your conscience in all of this!?”

Shiyu’s face was red with indignation. She used to think that Miss Xue was someone noble and high minded. She had not wanted to associate with the aristocratic people because they were brought up to think everyone outside of their class was insects. However, she never thought that this Xue Qingge would be so calculative and heartless!

“Why must you think of it this way? Don’t you think that Lin Fan and I have the great potential to be a great Immortal Pair?” Xue Qingge was not at all bothered by Shiyu’s accusations. After all, it was all true. For the good of her Xue Clan, she could bear being accused of the truth.

“Heh!” Shiyu merely sneered and turned away. There was no need for her to speak with such a shameless person anymore. It’s better to use the time to find ways to get out of this shithole Xue Qingge had dragged them into.

The Lin Clan had taken care of her Grandpa and siblings for more than half a year now, giving them every possible resource they could and even send people to inform her when Grandpa was dying. She would not stand by and let this Clan be ruined because of a shameless hussy.

She stormed into the courtyard with black expression. When she asked the little radishes where Lin Fan was, they informed her that he had gone out.

Gone out? Where could he be now?

At this very moment, Lin Fan was currently being cornered by someone.

“Aiyo~ Lin Fan, where have you been these past few days?” Xue Qingruo smirked. Then, her lips curled and she said unhappily, “We’ve already been here for two days, but we barely even saw your shadow, ah. What a busy person you are!”

The sight of her caused Lin Fan’s head to throb, “I just came home, of course, I’m busy. If you need anything, please feel free to speak to the maids. Excuse me, I still have other business to attend to.”

“Hold it!” Xue Qingruo grabbed him by the arm. “I’m not done speaking with you.” She pulled him to the side. After looking around exaggeratedly for eavesdroppers she hissed, “Don’t you like my sister? Let me tell you if you like her, you had better maintain a certain distance away from a certain person.”

“What if you could marry my sister?” Xue Qingruo urged. “Do you know just how many people are clamouring for my noble sister’s hand? Otherwise, we would not have sneaked over here under the pretence of going to the Mountain Range just for the marriage talks.”

Lin Fan was speechless. Just what is going on, ah! Isn’t it too early to talk about marriage?! Surely this has nothing to do with me, ah!?

As a taciturn person, he was not good with words. What is this situation? Whatever, let’s just run away! Still, she’s a guest, so at the very least, he threw a final, “I am really busy, I shall take my leave first,” before running as though ghosts were nipping at his heels.

That evening, when he entered his courtyard, he was immediately pounced on by Feng Luo and Shiyu. [2] They herded him into a corner of the garden and sat him down. Shiyu poured tea and place a cup in his hands. Then both Feng Luo and Shiyu sat down, facing a slightly stunned Lin Fan.

Shiyu was the first to break the silence, “So… how do you feel about Noble Young Miss Xue?”

Lin Fan was suddenly reminded of the weird incident earlier that day. He set the tea [3] down and said, “Senior Xue did me a favour before. However, I only thought of her as my senior. Just what is going on?”

Feng Luo sighed and patted him heavily on the shoulder, “My good brother, a beauty is about to bring disaster into your home.”

Shiyu was about to say more when [4] a sudden wind blew across the courtyard. It was so strong that the teacup tipped over. It’s contents ran across the table and would have gotten onto Shiyu’s dress if she had not stood up quickly. Just as suddenly, the wind stopped and a gorgeous beauty in white fluttery clothes descended from the sky and floated gently down beside them.

[4] The beauty spoke, her tone gentle and caressing, “Why don’t I explain the matter personally?”

Shiyu rolled her eyes. Now she knows why the hussy was not worried about her revealing things to Lin Fan, she was all ready and waiting to make her entrance and launch into her version of the story. It’ll probably be a tear-jerker too,

“Lin Fan,” she began, “I have come to beg a favour.” Xue Qingge may have used the word ‘beg’, but her cool and wintry façade belied her words. “Right now the elders in my family are forcing me to get married, but I do not wish to. I hope you might do me the favour of, not marriage, but an engagement. It could be a fake engagement. I just need to keep the elders off my back for a few years. Once the time is up, you may leave if you like, I will not force you to stay in a marriage you do not want.”

At the end of her little speech, she took out a crystal jade box and opened it, revealing a reddish-purple ginseng.

“This is our Xue Family Treasure. A 3,000-year-old Fire Ginseng. As a Fire Element Cultivator, it would be a great help to you when breaking through to the Core Condensation Stage. I have never asked anyone for a favour in my life, but I have no other way now. Please take this Fire Ginseng as a token of my apology for doing this without consulting you. Regardless of whether our marriage happens or not, this Fire Ginseng is yours along with my eternal gratitude.”

To be honest, anyone looking in would be terribly sympathetic to a beauty beseeching them so earnestly for help. They would inevitably feel sorry for the poor beauty in need… and let’s not ignore the huge temptation of the 3000-year-old Fire Ginseng.

As one of the witnesses of this stupid drama, Shiyu noticed that this beauty did not mention a single word about the danger she could bring to her potential hero’s family. Well, well, she thought coldly, Xue Qingge was waiting for Lin Fan to dig his own grave before throwing himself in. [5] Disappointment and frustration warred inside Shiyu. The fall of Lin Clan meant the disappearance of her family’s refuge. If Lin Fan involved himself with this femme fatale, she would have to take steps to remove her family from the Lin Clan.

However, to everyone’s surprise, Lin Fan turned out to be far more mature than they had all assumed.

Without sparing a glance at the Fire Ginseng, he said, “I see, so it turns out that Senior Xue is in such trouble. How unfortunate. But Senior Xue, have you ever thought of my Lin Family’s situation? Mere rumours of us walking too closely together would attract hatred from your admirers. If we do get engaged, what do you think would happen to my family? I’ve always admired Senior Xue’s intelligence, surely you would have thought of this as well?

If our past interactions had been set up to turn me into one of your pawns, I will gladly invite Senior Xue to respectfully return home. You may toy with me, make use of my reputation as you like. However, the moment you touch my family and threaten them to make me obey you, then please do not blame me for pulling my sword on you!”

Feng Luo stared at Lin Fan with wide eyes. He finally understood what it was he lacked compared to this younger man from a small mountain town. Decisiveness and a certain manly charisma.

Luckily, this world was not like a novel, where everyone seemed to have a hole in their heads. She wanted to applaud, but it seemed crass to break the ringing silence left by Lin Fan’s final declaration.

Nevertheless, the silence could not last forever. Xue Qingge narrowed her eyes, “Lin Fan, you are prepared to pull your sword at me?”

“Do not forget. If others could trample your Lin Clan to death, then our Xue Clan could trample you to death too. On the other hand, our Xue Clan could support the Lin Clan. With the support of the Xue Clan treasures, your Cultivation could increase with greater speed and stability. As your strength increase, so will your ability to protect your family.” Xue Qingge’s voice was very calm and very reasonable.

Shiyu finally realised why Xue Qingge was so confident in herself. She already has backup plans for her backup plan.

This woman had studied Lin Fan’s character thoroughly and had already resolved to threaten the Lin Family to force Lin Fan to cooperate with her. Once she had his reluctant cooperation, she would then shower him with kindness and perhaps a bit of fake remorse. After all, it is in her best interest to build him up into a powerful shield for her Xue Clan so giving him medicinal herbs to soothe his hurts would all be in the plan anyway.

However, her ultimate goal was buying time. Lin Fan’s fate was secondary, it would be enough if he could become a good shield for herself with his family as bait for her enemies. Once she has gained enough strength, whether the marriage between herself and Lin Fan happened or not, would no longer be important.

[Gumihou: Erm, Gumihou is just… gonna go over the next hill over there and observe this through a video.]

[1] Fish in Troubled Waters – To profit from a bad situation

[3] Changed Details: It was originally ‘he came over and sat down’, however, since the logistics were not clear as to whether Shiyu and FL were standing, sitting, reclining, hanging out in the garden, hidden in the room or playing chess, I decided to go with my version.

[4] Added Details for Dramatic Purpose: The original version was a single line of ‘Xue Qingge floated in from outside’… eehhhhhh??? Isn’t this a waste of a dramatic entrance?! Watch as Gumihou creates a dramatic entrance for this femme fatale.

[5] Added Details for Introspective Purpose: To show how Shiyu thinks

If you love my translations, do consider putting a review at novelupdates!