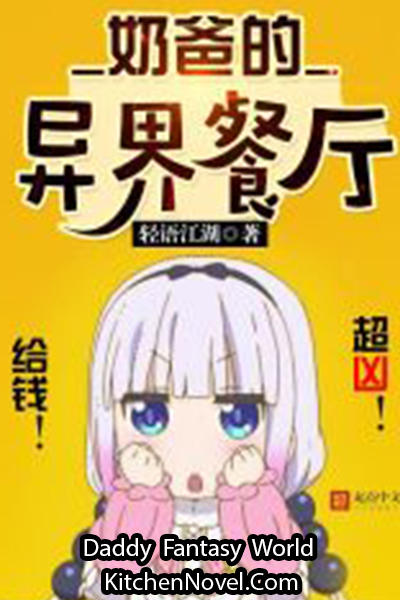 Before he goes upstairs, Michael heard the sound of frantic scrapping on the eggshell. He turned around and looked at the egg, and smile. Maybe the creature inside the egg was frightened by Amy’s words.

That night, he slept soundly. The next day, at 5 am in the morning, Michael was rudely awakened by the loud ringing of the alarm clock. He immediately turned off the alarm, and had a bath and change of clothes. Then he entered the kitchen to make a juicy hamburger.

The stewed pork needs at least two hours to cook. Therefore, he must wake up early. Also, his skills in kneading the dough had improved somewhat. But he still needs some time to knead the dough for making the buns.

Strictly speaking, the pork belly is not fully marinated yet. However, this morning, other than Amy and himself, he only intends to cook for his investors to try.

He will only start selling the juicy hamburger in his store when the dish is perfect.

Making sure that the taste of the food is optimal before you sell it is one of the requirements of a Michelin starred restaurant. It is also a standard that Michael insists on adhering to.

Of course, he still has to collect the money. As part of his agreement with his investors, they are permitted to try the dish in a private setting.

Michael was very serious when he cooks. He picked up 5 pieces of pork belly, and followed the recipe accordingly when he cooks, taking care to ensure that the taste is optimal every step of the way. After he had turned down the fire, all that is left is to wait for pork belly to be ready.

Meanwhile, he started to make the bread.

Kneading the dough requires a lot of strength. After practising for a countless number of times in the hellish training room, he discovered a method to conserve his energy by a bit without sacrificing the quality of the dough. But he still needs to rest in between and he still took an hour to finish kneading the dough.

He placed the dough aside, and did not immediately bake them. Michael looked at his watch, it is now 7.05 am.

The pork belly still needs 15 more minutes before it is ready. Normally, Amy should have wake up by now. But it seems that she had not yet awakened. Michael had no choice but to wash his hands, and take off his ap.r.o.n as he made his way upstairs.

Michael entered the room and checked on Amy. Her eyes were still closed, and she looks like she is still asleep.

But her twitching eyebrows and the curl on the edges of her mouth gave her away.

“Oh? It looks like our angel has not awakened yet. How should we wake her up?’ Michael stood beside the bed and hold in his laughter and pretended to look flustered.

Amy opened one eye and peeked at her father, and immediately closed her eye again. Then she said, “The angel says that if her Papa kisses her, she will wake up.”

“Oh, I see. Then let’s wake the angel up!” Michael looked like he just discovered a secret, and walked over to kiss Amy.

“The angel is awake!” Amy immediately opened her eyes and hugged her father. Then she laughed in delight. She was very happy as she asked, “Papa, is the pancake you mentioned that is 100 times tastier than the pancakes sold outside ready?”

“It is almost ready. But it tastes the best when it is fresh and hot. First, you have a bath and change your clothes, then you come down. By the time you reached downstairs, it should be ready.” Michael smiled.

Nothing like a hug from his daughter in the morning to brighten his day!

Looking at the only clothes that Amy had, he immediately summoned the System, “System, I want to purchase a purple colour robe, the cute type, and I will pay cash.&r

The System immediately offers Michael a bewildering assortment of robes that meets his criteria, and the prices range from 1 to 500 gold coins.

“I choose that one!” Michael saw a purple colour robe that was adorned with amethysts. The price of this dress is 500 gold coins. He could not appreciate this dress.

Instead, he chose the dress next to it. It is only 10 gold coins and is simple with some embroidery on its chest. There is also a layer of gauze outside the skirt.

“Ok, I will go and bath now.” Amy’s eyes lit up at the sound of food, and she eagerly nodded her head.

“By the way, I have purchased a new robe for you. See if you like it.” Michael heard the system indicated that the robe had been delivered, and walked over the wardrobe.

Michael opened the wardrobe and took out the new robe that that was hanging there. He took to the bed, and waved it, and asked, “Like it?”

“Oh, it is so pretty, and also purple colour! My favourite colour! I love it!” Amy was surprised when she saw the new robes, and jumped up and down the bed in glee. Then she kissed Michael on his cheeks and nodded her head in happiness, “Papa, I love you.”

“I also love you, Amy. Come, try the new clothes.” Michael was very happy and helped Amy to get change.

There is some embroidery on the top. The golden rose in front of the chest immediately draws a person’s attention. The hem of the pleated skirt was covered with a layer of purple yarn.

Amy turned around on the bed, and look at the skirt as it floats up. She was curious and begin to turn around in circles and played for a short while.

Michael looked the adorable Amy, and stroke Amy on her head, “Wear your shoes and to go and take a bath. I will go down and cook the pancake for you.”

“All right!” Amy obediently nodded her head and climbed down the children stairs. She wore her shoes and rushed to the washroom.

Michael peeked and saw Amy brushing her teeth. Looks like she had good hygiene habits and he need not worry about reminding her to brush her teeth. He made his way downstairs.

Michael turned off the fire on the stove and placed the bread on the baking tray. After thinking for a while, he filled the tray with 16 pieces of bread and baked them.

In a short while, Amy appeared near the stairways. She stood in front of the kitchen door and looked at Michael. From there, she could smell the mouth-watering aroma of the pork belly. It is so delectable!

“Papa, it smells very good! What is that? It smells totally different from Rainbow Fried Rice.”

“Amy, you sit down first. You will know what it is in a short while.” Michael smiled and did not answer her immediately. He wanted to give her a surprise.

“All right, then I will examine the ugly duckling!” Amy nodded her head and looked at the egg. Then she gently knocked on the egg shell and said, “Ugly duckling, it is time to wake up. Today you better be obedient and come out, or I will burn the egg and eat you.”

“Sha Sha… sha sha…” The egg suddenly shook as the scratching sound intensified. It looks like the creature within the egg was anxious.

“En, you should continue to put in the effort.” Amy nodded her head and encouraged it.

The “Sha Sha” sounds were even more frantic as if the creature inside the egg understood Amy’s words. It wanted to show that it is trying hard to prevent being cooked and eaten.

Within the kitchen, Michael laughed and shook his head. Although his daughter is so cute, the egg is quite pitiful.

He expertly took out a slab of pork belly from the stove and minced the meat. Then he placed the pork belly into the opening on the bun. Finally, he added a spoonful of gravy on top of the minced pork. The juicy hamburger is ready!

“Amy, the juicy hamburger that is 100 times better than the pancake is ready. Come over and try.” Michael had a burger in his hand, and a plate in his other hand as he walked out of the kitchen.