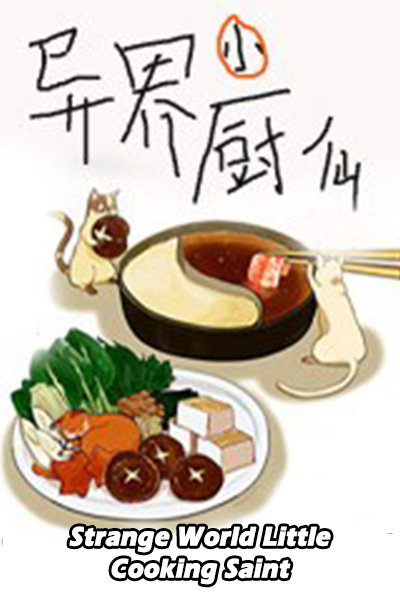 Shiyu took out two sections of wild yams, obviously, these were dug out of the ground at Spiritual Beast Mountain Range. After peeling the yams, she placed them into the steamer. While that was steaming, she went out and bought some linden flower honey. For each handful of wild yam, she could only put in a small amount of red bean paste as filling. That by itself won’t combat the ‘green’ taste of the wild yam, so she decided to make some custard for the filling.

Since the wild yams were still steaming away, she decided to make some custard. Custard wasn’t something difficult to make either, the problem lay in making the actual butter. [1] Butter was, after all, the key to a good custard. Extracting butter from fresh milk was quite tricky, but fortunately, it was only for a small snack and there were some people from the north who brought along some of their goods for trading purposes and she managed to barter some butter off them.

Shiyu quickly and efficiently made some custard with chicken eggs, flour and butter. Once that was done, she took out some of the linden honey.

Linden honey was especially thick and fragrant, neither too sweet nor cloying. Once the steamed wild yams were crushed, she added linden honey and mixed it in evenly. The once snow white wild yams took on a slight yellow colour. She rolled some of the mixture into a ball and dusted some flour over it, flattened it out on her hand, placed some custard filling, wrapped it up and pressed it into a prepared mould. Once it was knocked out, the shape of the Wild Yam Cake was done.

However, in order properly melt the custard within the cake, Shiyu carefully wrapped the pot of cakes with her blue fire and raised the temperature within the cakes a little more than outside. The originally yellow Wild Yam Cake gradually turned golden. When it was done, she fished out one and took a bite, gentle sweetness coated her tongue, a milky fragrance assaulted her nose. It was just too delicious.

“I want some too!” The Radish Demon next to her could not resist asking, however it did not have the ability to grow limbs for arms or legs and could only roll about in protest.

“… …” Looking at this faceless, limbless radish, Shiyu felt irritated. “If you want some, at least grow all five senses first, ba!”

She placed some snacks onto a plate and brought them into a room. There were several people there, chatting noisily around a sick person on a bed.

When they saw her, the chatter paused, all greeted her heartily wearing smiles on their faces.

Shiyu ignored them and walked towards the bed. Looking at the person on the bed, she touched his forehead, “Hm, no fever. Looks like he’s almost well now.”

The young man on the bed looked about 17 or 18, with a beautiful and heroic demeanour. It was the same young man that Shiyu had found lying in a pool of blood next to the ruins. When Shiyu brought him to see a physician, the young man’s friends eventually came looking for him. As thanks for rescuing their comrade, the friends elected to share their rented rooms with her.

“I’m feeling much better, I should be able to move freely in a few days” The young man smiled. Seeing her plate, he asked curiously, “What’s that?”

Shiyu placed the plate in front of him, “Just some snacks I made, please try them if you like.”

“Since you made them, I’ll definitely try it.” The young man said.

Tsk, this guy really knew how to flirt with girls.

Shiyu did not bother to think too much about his intimate words, but the people around them were not quite as ambivalent. One even laughed, “Liu Yi, surely you’re not planning to use your hand as thanks for your rescuer, ba!”

Though it was intended as a joke, who knew that Liu Yi would say, “This is not a bad suggestion, Xiao Shi, from now on you’re my fiancée.”

“???” Question marks filled Shiyu’s head, want me to be your fiancée, did you even ask for my consent?

Since the other party clearly did not take her feelings into consideration when making that announcement Shiyu could not be bothered to comment.

She merely rolled her eyes, and chalked this up as just the head wound talking, “I’m going out.”

As for the fiancée thing, heh, just forget about it!

While Shiyu considered this as a small matter, the rest of the people in the room exploded into a heated argument.

“Liu Yi, surely you’re joking? There are so many girls at the academy who admired you, but you just ignored them. How is it that, today you…”  were attracted to a girl with average looks?

Within the city of Jing Du, the Liu Clan could be considered one of the major clan names. However, Liu Yi had always been the flower untouched by any leaves. The only girl that could be considered close to him was only Mo Yin. However, this Mo Yin was the loud and noisy type, always running around dressed like a boy. The two of them were more like brothers, with zero chance of romance budding.

“Not only that, this girl is like a door that doesn’t fit, ah!” another person chimed in, “Who knows where she’s from. But, we can see that she only has a Level 3 mastery of the Basic Level, even your family won’t approve.”

In the face of his friends’ questions, Liu Yi bit into a Wild Yam Cake. “Seeing Feng Luo and Meng Li so close to each other, somehow I became a little envious. After all, this is all just for fun, a temporary fiancée won’t be around forever. Besides, her snack making skills are pretty good.”

Hearing that his intention was just to play around with the girl, the others felt their expression changed a little.

Mo Yin, who had been keeping quiet until now breathed a sigh of relief, and rowdily said, “Since she just offered herself up to you, it would be a pity not to play with her. For her to conveniently appear just after Liu Yi was stabbed by that black-clothed man was just too much of a coincidence! Liu Yi, you better be careful and not be blinded by that moth!”

“That’s right, that’s right! I say, this girl is definitely suspicious. You better watch your back!”

Within that pile of loud chattering, Feng Luo frowned, “You guys shouldn’t say things like that. It’s possible that it was just purely coincidence?”

“Feng Luo, you’re just too nice, thinking the best of people. Basic Level 3 cultivators are basically a nobody. Now that she has a chance to climb up the social ladder, she’ll definitely try to stick herself at Liu Yi, ah!” Mo Yin rolled her eyes. “Meng Li, you better keep a close eye on your Feng Luo, otherwise he could accidentally sell himself off.”

A pretty girl next to Feng Luo tugged at his sleeves shyly, “Xiao Yin’s words are not unreasonable.”

“But I still haven’t seen her sticking to Liu Yi, ah. In fact, this fiancée thing was announced by Liu Yi himself!” Feng Luo still has a frown on his face.

Meng Li said in a reasonable tone, “Could it be possible that she’s playing hard to get? We’re all from the Imperial College. If she knew that’s where we’re from, that could be the reason why she approached Liu Yi. A person’s heart is hard to discern, surely you don’t believe you know what’s in her heart?”

Feng Luo kept his mouth shut, having nothing to say.

Upon seeing this, the rest started to joke around again, saying that Feng Luo was under Meng Li’s control, and assumed that he saw things their way about Shiyu.

As for Shiyu, she had no idea that she had been put into a position as a climbing vine[2]. She also had no idea that their destination was the Imperial Capital, thus when she found out that they would be going the same way, she agreed to travel together.

Little did she know that this little move of hers convinced them that her intention was to borrow their strengths to improve her social status.

Since Liu Yi was injured, they could only travel slowly via horse-drawn carriages. And since the carriage tended to bump and jolt, Liu Yi’s injury was broken open again, and blood started to leak out. The others have no idea how to bandage a wound, and went over to wake up a soundly sleeping Shiyu, saying to each other, “Didn’t she want to get close to Liu Yi? Then let’s give her a chance, see if she will let go of this opportunity.”

[Gumihou: You know, I really hate dumb characters like these. The ones that seemed really intent on throwing themselves under a bus… however, then I read about idiots on the internet mistaking glue for lube, calling up 911 for cranberry sauce advice, anti-vaxxers and flat earthers… well, our world might have more IQ 40 people than I had first imagined…] [1] Butter to make good custard – Gumihou’s opinion, “Erm,”

Gumihou has no idea what kind of custard Shiyu is making. Custard’s basic make up is milk and eggs. Without milk or eggs, no custard. Unless you’re making vegan custard. Butter is actually an optional ingredient, cornstarch is more vital. Unless butter is her secret ingredient. Like how some people insist that a certain brand of luxury coffee is vital for their dry rub.

Anyway, here’s a recipe for a simple custard. 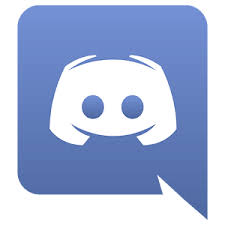